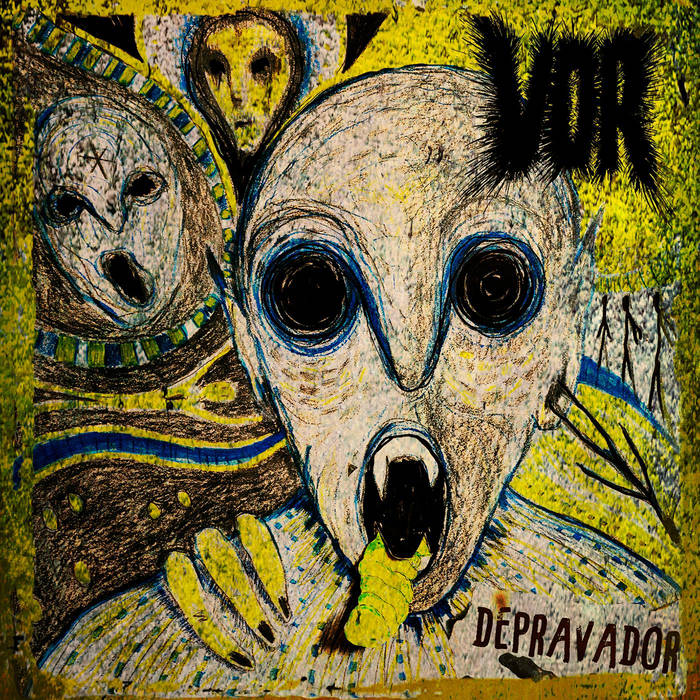 The Spanish noisemongers VOR bring to the table one of the most corrosive releases of the year. Get ready for total obliteration. Heaviness has never been so harsh!
This bass and drum duo is no joke! Coming from projects such as Lazharus (killer harsh noise & power electronics band from Madrid who has supported acts such as Eagle Twin and SUMA amongst many others), Warchetype (the infamous split with Lords Of Bukkake & Sons Of Bronson anyone???), Moho (Spanish sludge pioneers since 2003), Cuzo, The Eyes Y and more levels of filth, these guys have got something you should really take a listen to.
For fans of Today Is The Day, Black Cobra, The Body, Grief, and Melvins, this is pure honey on toast!
Their new album "Depravador" comes after another killer release, the band's debut album "Tu Clave Es Jonàs", pressed early in 2017 by another bunch of labels, including some of those collaborating for this new LP. Seven tracks of trippy, abrasive, odd, heavy sludge which, funneled through a punk attitude, is able to take off your face like thick tar on naked skin.
An absolute must listen to for all of the uncompromised sludge supporters, fuzzy doom sounds lovers, punk-fueled hatred preachers, and all of those people out there who wanna listen to something new after tons of boring late releases

3rd I Rex is an indie music label based in UK
The music we love, the artists we press.

Bandcamp Daily  your guide to the world of Bandcamp